This break in the price of the EURUSD gives us the signal to start a downward momentum, followed by a deep retracement is an interesting Risk-Profit opportunity.

The New Zealand dollar against the Swiss franc is in a very, very good area to enter purchases, the price is showing many signs of wanting to rise, such as the figure that the graph is showing, the support it is having, the divergence also that it had on the RSI, this pair is very likely to rise.

U.S. stocks are seen opening higher Wednesday, buoyed by signs of a strong corporate earnings season ahead of the release of key unemployment data.

The major equity indices closed higher Wednesday, with the Dow Jones Industrial Average gaining almost 300 points, or 0.8%, the S&P 500 rising 0.8%, and the Nasdaq Composite rising 0.9%. Adding to Tuesday’s gains, this means Wall Street had erased all of Monday’s substantial losses.

Helping the market recover has been a strong start to the quarterly earnings season. According to data from Refinitiv, 15% of the S&P 500 companies have reported earnings to date, with 88% beating earnings estimates.

Texas Instruments (NASDAQ:TXN) reported a positive second quarter late Wednesday, helped by a more than 40% rise in revenue, but the chipmaker’s stock is seen falling sharply Thursday amid concerns that demand for silicon chips is peaking.

Dow (NYSE:DOW) stock is seen higher premarket after the chemicals company said its second-quarter profit doubled from the prior period, helped by strong consumer and industrial demand as the economy reopened.

Reports from the likes of AT&T (NYSE:T), D.R. Horton (SA:D1HI34) and American Airlines (NASDAQ:AAL) are due before the opening bell, while Intel (NASDAQ:INTC), Twitter (NYSE:TWTR) and Snap (NYSE:SNAP) are due to offer up quarterly updates after the market closes.

Also of interest Thursday will be the release of the weekly initial jobless claims data, at 8:30 AM ET (1230 GMT). These are seen at 350,000, down just 10,000 from the previous week, amid fears that the rise in Covid cases could be slowing the recovery in the jobs market.

The crude market has been very volatile this week, plunging on Monday on worries over rising Covid cases and an agreement between top producers to add supply, before rebounding over the last two days. 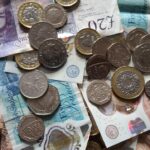 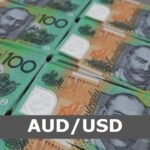