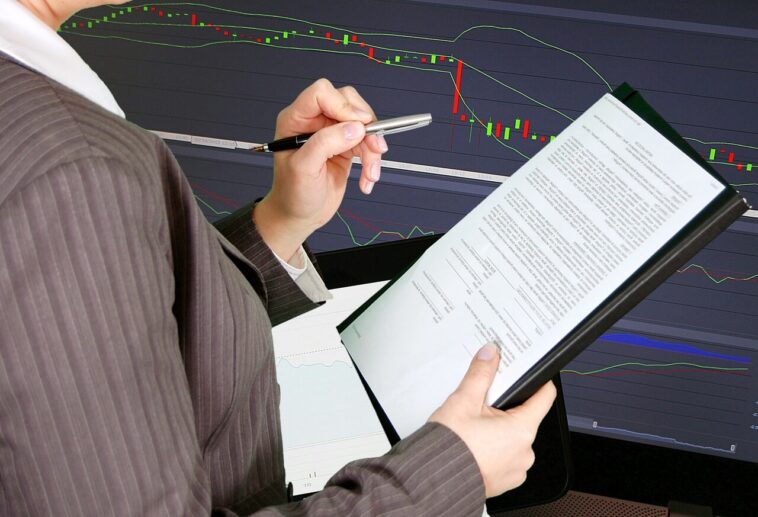 EUR/USD struggles to maintain the uptrend well and sound after posting gains in the last three sessions, including the rebound from last week’s new 2021 lows in the 1.1660 region.

A mild recovery in the greenback, month-end flows and some weakness in the risk complex all collaborate with the inconclusive price action around spot on Wednesday.

The domestic docket is not supportive of the euro either after the German Business Climate gauged by the IFO missed expectations in August at 99.4 (from July’s 100.7). The results from the IFO survey add to the recent knee-jerk in PMIs in the core Euroland, noting some loss of momentum in the economic recovery and even the likelihood that a peak has been reached in previous months.

The USD/JPY pair gained traction ahead of the American session and was last seen trading at a fresh daily high of 109.90, rising 0.25% on the day.

In the meantime, the US Dollar Index is posting modest daily gains above 93.00, allowing USD/JPY to stay in the positive territory. Later in the session, the US Census Bureau will release the Durable Goods Orders data for July.

The USD/CAD pair held on to its modest gains above the 1.2600 mark through the early European session, albeit lacked any follow-through buying.

The pair found some support near the very important 200-day SMA and gained positive traction during the first half of the trading action on Wednesday, snapping three consecutive days of the losing streak. The USD/CAD pair, for now, seems to have stalled its recent sharp pullback from YTD tops and was supported by a combination of factors.

The US dollar moved away from one-week lows touched in the previous day amid some follow-through uptick in the US Treasury bond yields. In fact, the yield on the benchmark 10-year US government bond inched back closer to the 1.30% threshold amid expectations that the Fed might still begin rolling back its pandemic-era stimulus in 2021.

The USD/CAD reversed course and dropped for the second consecutive session this week and is poised to give back most of last week’s gains. The greenback continued to remain weaker against most major currencies. Support is seen near the 200-day moving average at 1.2550. Resistance is seen near 1.2626. Short-term momentum has turned negative as the fast stochastic generated a crossover sell signal. Medium-term upward momentum is decelerating as the MACD (moving average convergence divergence) histogram is printing in positive territory with a decelerating trajectory which points to consolidation. 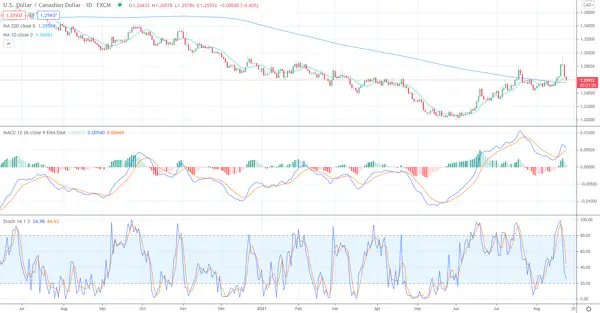 U.S. stocks are seen opening marginally higher Wednesday, struggling to add to record highs with investors wary of bidding the market too much higher ahead of the Federal Reserve ‘s virtual get-together at the end of the week.

The annual Federal Reserve symposium at Jackson Hole, Wyoming, is at the forefront of investor thinking, with sentiment now swinging towards the central bank delaying the tapering of its massive bond-buying program until later in the year.

Also on the radar was the advancement of President Joe Biden’s ambitious domestic agenda, after the U.S. House of Representatives on Tuesday approved a $3.5 trillion budget framework. The spending package, which is aimed at alleviating poverty and providing a broader social safety net, is likely to be financed in part by tax hikes on corporations and wealthier individuals.

The quarterly earnings season is coming to a close, but the likes of software company Salesforce (NYSE:CRM), cloud-based data storage company Snowflake (NYSE:SNOW), and cosmetics and beauty product retailer Ulta Beauty (NASDAQ:ULTA) are due Wednesday.

Elsewhere, Nordstrom (NYSE:JWN) will be in the spotlight after the department store chain’s quarterly revenue was still down 6% from pre-pandemic levels in the latest quarter, while Johnson & Johnson (NYSE:JNJ) stated that its Covid vaccine booster shot generated a promising immune response in early trials.

The economic data slate centers around the release of the durable goods orders for July, at 8:30 AM ET (1230 GMT), which is expected to show a drop of 0.3% compared with June’s rise of 0.8%.

Elsewhere, oil prices stabilized Wednesday after recent strong gains on the back of a cut to global supply from a fire on a Mexican oil platform and signs that demand in the U.S., the world’s largest consumer, appears to be holding up despite rising Covid cases.

Official data from the U.S. Energy Information Administration is due to be released later Wednesday. 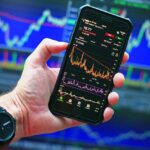 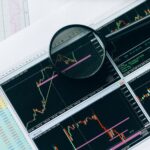