Anticipating price to rally to the upside we broke structure to the upside now price went inside the range to reprice so my buy zone is around 1.17820 if it doesn’t get there now fomc will take me there.

USDJPY on the daily time frame seems to us upcoming days possible downtrend. We are going to open a short position from the current price with a tight stop loss

The Federal Reserve kept interest rates steady, as expected, at its latest policy-setting meeting on Wednesday, adding that economic progress had been made toward the point where it would begin reducing its monthly bond purchases.

However, Powell also cautioned that despite this progress the economy still has a long way to go before the central bank would actually adjust its policies, referencing in particular the need for further recovery in the labor market.

With this in mind, investors will keep an eye on the weekly initial jobless claims data, at 8:30 AM ET (1230 GMT), for signs of another improvement in this key metric. Additionally, looking at the broader economy, the second-quarter GDP release is due at the same time, and is expected to show annualized growth of 8.5%, some of the fastest growth seen since the end of World War II – albeit the habit of annualizing growth figures, which amplifies any change in the economy, has generated numbers that are a poor reflection of reality in recent quarters.

The second-quarter earnings season continues, with Facebook (NASDAQ:FB) stock slumping 4% premarket after the social media giant warned late Wednesday that it expects revenue growth to “decelerate significantly”. The stock had rallied hard in expectation, after strong updates from Alphabet (NASDAQ:GOOG) and Snap (NYSE:SNAP).

PayPal (NASDAQ:PYPL) stock fell 4.9% premarket after the online payments system’s revenue growth missed expectations, while Ford (NYSE:F) stock soared over 4% after the auto giant reported a surprise profit in the second quarter, thanks to surging prices for scarce models.

Amazon (NASDAQ:AMZN) tops the bill of companies reporting Thursday, after the close, while updates are also due from the likes of Merck (NYSE:MRK), Altria (NYSE:MO), Pinterest (NYSE:PINS) and Hilton Worldwide (NYSE:HLT), among others.

Also of interest will be Didi Global (NYSE:DIDI), which surged 16% after the Wall Street Journal reported that the Chinese ride-hailing company’s biggest backers could take it private in order to placate Chinese regulators, only weeks after its IPO in New York.

Data from the U.S. Energy Information Administration, released Wednesday, showed that crude inventories dropped by just over 4 million barrels during the week to July 23. 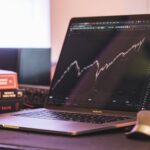