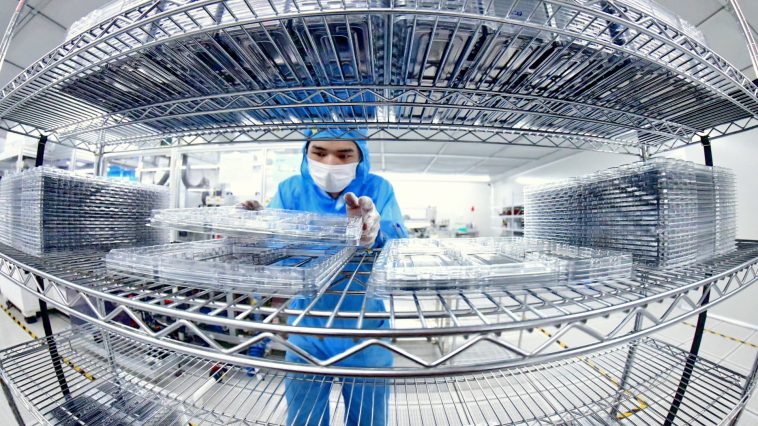 Whether or not Covid lockdowns frustrate businesses in the short term, China still holds the cards in global supply chains. On May 13, 2022, an employee works on the production line of screens for 5G smartphones at a factory in Ganzhou, Jiangxi Province, China.

BEIJING (Xinhua) — Whether or not Covid lockdowns frustrate businesses in the short term, China still holds the cards in global supply chains.

Companies and analysts have been talking about moving factories out of China for years, especially as labor costs have risen and US-China trade tensions have worsened.

The pandemic has reignited these debates. Foreign companies talk about how executives can easily travel to factories in Southeast Asia, but not China. Some see increased exports from Vietnam as evidence that supply chains are leaving China.

“Supply chain diversification is quite tricky because people always talk about it, and boardrooms love to discuss it,” said Nick Marro, global trade leader at The Economist Intelligence Unit.

When businesses met in 2020, it was discovered that “China was able to remain open, while Malaysia and Vietnam were going offline,” Marro said. “Right now, the critical factor is how China intends to maintain these [Covid] controls as the rest of the world opens up.”

China’s so-called zero-Covid strategy of rapid lockdowns aided the country’s rapid return to growth in 2020. However, implementation of those measures has since been tightened, particularly this year as China faces a Covid resurgence in Shanghai and other parts of the country.

Vietnam has sparked a significant interest.

According to official data accessed through Wind Information, China’s exports increased by 3.9 percent year on year in April, the slowest rate since a 0.18 percent increase in June 2020.

In contrast, Vietnam’s exports increased by 30.4 percent year on year in April, following a nearly 19.1 percent year-on-year increase in March, according to Wind.

In a phone interview, Vishrut Rana, a Singapore-based economist at S&P Global Ratings, said that manufacturing interest in Vietnam is “very significant.” “Vietnam has emerged as a critical node in the consumer electronics supply chain.”

China remains at the epicenter of APAC’s electronic network.

The Economist and S&P Global Ratings

According to Wind, Vietnam’s exports totaled $33.26 billion in April, or roughly one-eighth of China’s $273.62 billion in global exports that month.

“From China’s perspective, the shift away from domestic manufacturing will not be significant enough to change the nature of China’s role in the overall supply chain,” Rana said. “China remains at the epicenter of the APAC electronics network.”

Businesses continue to invest in China.

The most recent Covid lockdowns in China have slowed the ability of trucks to transport goods throughout China, while many factories in the Shanghai region have been operating at reduced or no capacity for weeks. A textile company’s workshop in nearby Jiangsu province is shown here.

“It is currently very difficult to match the scale and scope of China’s supply chains outside of China,” Rana said. Only supply chains for specific products, such as semiconductors or electric vehicle parts, may be shifting to Vietnam, Malaysia, or other countries, he added.

Shein is one of the more well-known. The company, which is backed by funds such as Sequoia Capital China, has combined big data analytics with its Chinese supply chain network to become an international e-commerce giant in low-cost fast fashion.

According to his research, labor costs account for at least 20% of the cost of goods sold by apparel and furniture manufacturers, compared to only 5% for electronics manufacturers.

China has the advantage of having supply chain hubs, which, according to Liang, allow businesses to increase efficiency by integrating all of their suppliers onto a single digital system.

He stated that his company invested $5 million in Povison, a furniture company that is attempting to replicate Shein’s clothing model, in October. He stated that additional investment plans have been postponed due to Covid-related travel restrictions.

‘A story about hesitating’

The most recent Covid lockdowns have also slowed the ability of trucks to transport goods throughout China, while many factories in the Shanghai region have been operating at reduced or no capacity for weeks. This is in addition to Beijing’s policy, which has been in effect since 2020, requiring a two- or three-week quarantine upon arrival in China — assuming the traveler can book one of the few flights in.

It is difficult to move operations out of China, but “our survey indicates that there will be less investment into China and more investment into Southeast Asia,” said Joerg Wuttke, president of the EU Chamber of Commerce in China, during a webinar.

He noted that it is now far easier to fly executives to Singapore or other Asian countries than to China.

As a result of the latest Covid controls, nearly a quarter of 372 respondents to a late April survey conducted by the EU Chamber of Commerce in China said they were considering shifting current or planned investments to other markets.

However, 77% said they had no such plans. A survey of American businesses in China discovered similar trends.

According to the EIU’s Marro, the survey results show that “companies don’t want to leave the market, but they don’t know what to do.” “Right now, it’s more of a hesitating story.”

“Foreign companies will be upset about these [zero-Covid] policies, but at the end of the day, not many companies will jeopardize their position in a decades-long market based on a temporary shock,” he said.

Even Starbucks, which suspended guidance due to Covid’s unpredictability, stated that it still expects its China business to outperform the US in the long run.

Many analysts believe China will relax its zero-Covid policy following a political reshuffle in the fall.

When asked about the EU Chamber’s survey findings on Thursday, China’s Ministry of Commerce only mentioned the pandemic’s global impact on supply chains. According to the ministry, China will improve its foreign investment services and expand opportunities for foreign businesses.

“Reconfiguring supply chains is not as simple as turning on and off a light switch,” said Stephen Olson, senior research fellow at the Hinrich Foundation.

“Of course, if lockdowns continue indefinitely,” he said, “the chessboard would be reconfigured.” “In that case, pressure will mount on companies to consider shifting supply patterns, and the economic and commercial implications will appear much more favorable.”

Correction: This article has been updated to reflect that James Liang’s research found that apparel and furniture manufacturers spend at least 20% of their cost of goods sold on labor costs, compared to only 5% for electronics manufacturers.. 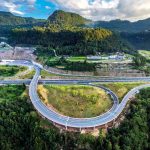 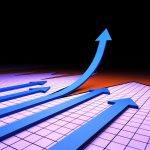