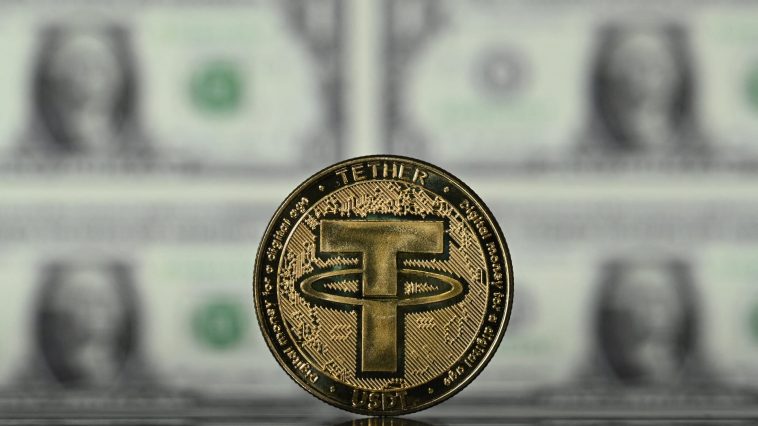 There have been repeated calls for a comprehensive audit of Tether’s reserves.

Since tether briefly deviated from its dollar peg, investors have withdrawn more than $7 billion, raising new questions about the reserves underlying the world’s largest stablecoin.

According to data from CoinGecko, the circulating supply of Tether decreased from approximately $83 billion a week ago to less than $76 billion on Tuesday.

The stablecoin is intended to always be worth $1. But on Thursday, its price plummeted to as low as 95 cents due to the collapse of terraUSD, a rival token.

The majority of stablecoins are backed by fiat reserves, so that they have sufficient collateral if users decide to withdraw their funds. However, a new generation of “algorithmic” stablecoins such as terraUSD and UST attempt to base their dollar peg on code. This has recently been put to the test as investors have turned against cryptocurrencies.

Previously, Tether claimed that all of its tokens were backed by dollars held in a bank at a rate of 1:1. However, following a settlement with the New York attorney general, the company disclosed that its token was backed by a variety of other assets, including commercial paper, a form of short-term, unsecured debt issued by corporations.

The situation has once again brought the subject of tether reserves into the limelight. When Tether last disclosed its reserve breakdown, approximately $4.2 billion of its assets consisted of cash. $34.5 billion were unidentified Treasury bills with maturities of less than three months, while $24.2 billion were commercial paper. Tether’s quarterly “attestations” are signed by MHA Cayman, a Cayman Islands-based company with only three employees, according to its LinkedIn profile.

There have been repeated calls for a comprehensive audit of Tether’s reserves. The company told CNBC in July 2021 that it would produce one within “months.” It has not done so yet.

When contacted by CNBC for this article, Tether was unavailable immediately for comment.
Paolo Ardoino, the company’s chief technology officer, responded to a Twitter user who urged Tether to release a full audit by asserting that its token was “fully backed” and that it had redeemed $7 billion in the previous 48 hours.

“We have sufficient liquidity to handle large redemptions and pay everyone back in full if the market so desires,” he stated.

In a subsequent tweet, Ardoino stated that Tether is still conducting an audit. “I hope regulators will encourage more auditing firms to be crypto-friendly,” he said.

The destabilization of tokens whose sole function is to maintain price stability has alarmed regulators on both sides of the Atlantic. Last week, U.S. Treasury Secretary Janet Yellen warned of the risks to financial stability posed by unrestricted growth of stablecoins and urged lawmakers to regulate the industry by the end of 2022.

In Europe, Governor of the Bank of France Francois Villeroy de Galhau stated that the recent volatility in crypto markets should serve as a “wake-up call” for global regulators. Villeroy stated that unregulated cryptocurrencies could disrupt the financial system, particularly stablecoins, which he described as “a little misnamed.”

Fabio Panetta, a member of the Executive Board of the European Central Bank, stated that stablecoins such as tether are “vulnerable to runs,” referring to “bank runs” in which clients flee a financial institution en masse. With new rules known as the Markets in Crypto-assets Regulation, or MiCA for short, the European Union intends to subject stablecoins to stringent regulatory oversight.

Coverage of tech and cryptocurrencies

Independent economist Frances Coppola explained that crypto exchanges, not retail investors, are withdrawing billions of dollars from Tether in wholesale transactions. According to Tether’s website, clients must withdraw a minimum of $100,000 in order to redeem tethers for dollars.

“Its customers are the exchanges,” said Coppola. The exchanges then sell tokens to investors, traders, and speculators.

Tether is an indispensable component of the cryptocurrency market, facilitating daily transactions worth billions of dollars. During periods of heightened cryptocurrency volatility, investors frequently park their funds in the token.

Monsur Hussain, the head of financial institutions research at Fitch Ratings, stated that Tether would encounter “few challenges” in selling down its Treasury holdings.

However, the origin of these assets is unclear. In a recent interview with the Financial Times, Tether’s chief technology officer declined to provide details on the company’s Treasury holdings, citing the company’s desire to protect its “secret sauce.”

Anxiety surrounding tether appears to have increased demand for rival tokens such as Circle’s USDC and Binance’s BUSD, whose market values have increased by approximately 8 percent and 4 percent, respectively, over the past week. According to experts, this is because these tokens are considered “safer” than tether.

Tether could eventually reach a size where its ownership of U.S. Treasuries becomes “terrifying,” according to Carol Alexander, a finance professor at Sussex University. Tether is not yet large enough to cause disruptions in U.S. money markets.

“Suppose we have $200 billion instead of $80 billion, and the majority of that is in liquid U.S. government securities,” she said. Then, a crash in tether would have a significant impact on U.S. money markets and would trigger a global recession. 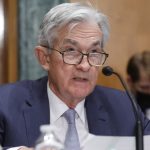 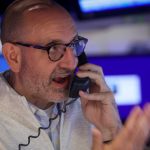