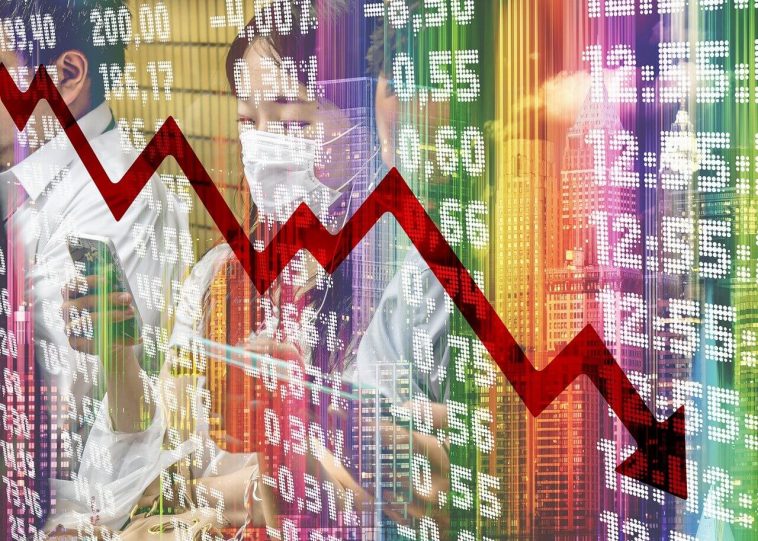 The tech-heavy composite is down by 30% in 2022, and higher interest rates are not the only problem that tech stocks face.

The data released on Tuesday showed that August inflation is slightly lower than June’s 9.1% rate, but remains higher than expected compared to July’s rate. Rising interest rates have caused measurable damage to companies and consumers as well.

Technically speaking, raising interest rates means higher production costs and fewer finances for companies to run their businesses. As for the consumer side, reports showed that consumers in the U.S. are paying 6% more interest on mortgages as additional costs. To be more specific, the 30-year bonds are 6% higher, for the first time since 2008, with the possibility of increasing.

The likelihood of a market crash is increasing day by day, especially when Wall Street stocks are falling. On Friday, Wall Street opened lower. The S&P futures declined by 1.26%. The feature index has fallen about 20% this year, as of July, and it’s likely to fall more in the future.

The Dow Jones decreased by 15% in the first half of 2022, and this morning the Dow benchmark decreased by 1.20%. As for tech stocks, the tech-heavy composite is down by 30% in 2022, and only today the index has fallen by 1.34%. Crude oil has risen to $85 per barrel after falling the previous two days.

That said, the market can’t withstand higher interest rates, but that does not explain the high decline in tech stocks. Well, there is one conclusion: tech stocks and companies have higher issues to deal with, or they will collapse.

The FED’s tightening policy has left investors uncertain, especially if it comes to the next move. Risky assets are less appealing to traders and investors now; by that, we refer to tech assets and crypto assets.

According to Eric Sheridan, the managing director at Goldman Sachs, tech stocks are risky assets. Their level of volatility will increase when the FED increases its interest at the next meeting. As of today, the Federal Reserve of the United States has raised interest rates at its banks four times, to 75 basis points (bps).

In the short term, the tech sectors will face a unified problem in the form of inflation pressure and higher interest rates. But for the long term, the sector will have to deal with low chip supplies and low unit production.

In the second quarter, several tech companies, especially EVS and manufacturing companies, reported that they delayed their orders due to low staff and low chip supplies.

The world’s two main technological powerhouses, the U.S. and China, are gloomy and uncertain. China is seeking to declare Taiwan as a Chinese state, but the U.S is against this because of Taiwan’s importance to the tech industry.

Taiwan accounts for one-third of global semiconductor imports; if China takes over Taiwan, the United States will officially lose the battle for dominance.