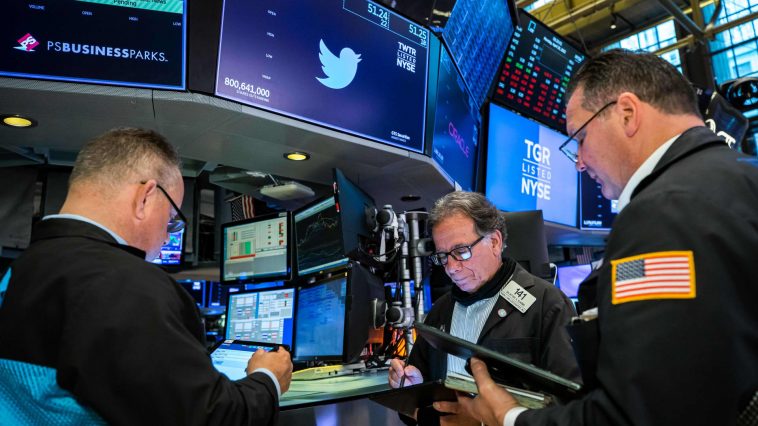 Traders work on the floor of the New York Stock Exchange.

Check out the companies making headlines in midday trading.

Twitter — Shares of the social media platform slid 9.7% after Elon Musk said his take-private deal is on hold until he receives more information about how many fake accounts there are on Twitter. Still, Musk said he was “still committed to the acquisition.”

Robinhood — Shares of the investing app jumped 24.9% on Friday after the CEO of crypto exchange FTX, Sam Bankman-Fried, picked up a 7.6% stake in Robinhood for $648 million after the stock hit an all-time low this week. His new position makes him the third-largest shareholder in the company.

Figs — Figs shares fell 25% on the back of disappointing quarterly results. The health-care apparel maker posted a profit of 5 cents per share on revenue of $110.1 million. Analysts expected earnings of 6 cents per share on sales of $117.3 million, according to StreetAccount. The company also issued weaker-than-expected revenue guidance for the year.

Krispy Kreme — Shares of the doughnut chain popped 10.4% after an upgrade from HSBC. “We expect more pricing and higher scale resulting from an aggressive point of access expansion will keep earnings expectations on track,” HSBC said.

Toast — Shares of Toast added 4.9% after the tech and payments platform for restaurants reported a loss for its most recent quarter that was narrower than expected by Wall Street analysts. The company also issued upbeat revenue guidance for the year.

Poshmark — Poshmark rose 23.9% after the company reported a quarterly loss of 18 cents per share. Wall Street analysts expected a loss of 22 cents per share, according to Refinitiv. Revenue for the quarter of $90.9 million also beat estimates of $87.5 million.

The Honest Company — Shares of The Honest Company were up 8.2% after the maker of personal care and household products reported a quarterly loss and revenue that were in line with analyst expectations. The company also reiterated its full-year revenue guidance.

Ford Motor — Shares of the carmaker added 8.5% after Morgan Stanley upgraded the stock to equal weight from underweight, saying the market is underestimating certain parts of the company’s business. 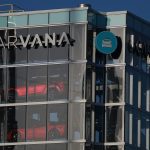 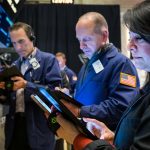