U.S. stock index futures fell on Thursday ahead of weekly jobless claims data, as uncertainty around Federal Reserve’s monetary tapering timeline and signs of slowing economic growth were a drag on investor sentiment.

Futures tied to the S&P 500 and Dow Jones suggest that both the indexes would extend losses for a fourth straight session at the open, with the benchmark index set for its worst losing streak since June.

Although, Fed Chair Jerome Powell has been largely dovish in his commentary on tapering timelines, risks from rising inflation despite a slowing economy has raised fears among investors that the central bank might have to rein in its massive stimulus sooner than expected.

Market sentiment has largely been subdued this week after recent jobs report showed a slowdown in U.S. hiring and on worries over a slowing economy due to the rapidly spreading Delta variant of the coronavirus.

Video game retailer GameStop Corp (NYSE:GME) tumbled 7.3% as the company’s silence on its turnaround plan left its army of small-time investors questioning the meteoric rise in its share price this year. 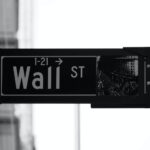