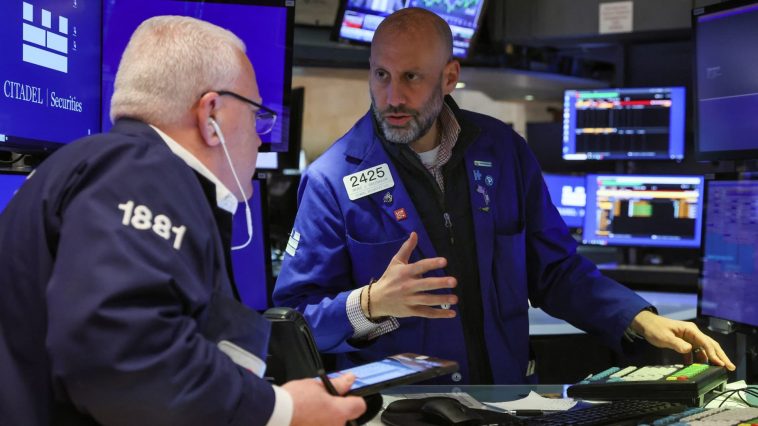 “I think there’s a hope, and I emphasize hope, that we’ve seen the peak in the rate of change in CPI,” said Peter Boockvar of Bleakley Advisory Group.

Chevron, IBM, Caterpillar and Boeing led Wednesday’s early market moves, rising more than 2% each. Real estate, materials and utilities were among the best performing S&P 500 sectors, rising more than 1% each. The information technology sector dipped into the red.

Shares of tech stocks Apple and Microsoft, which have been hard-hit amid a broader rotation out of growth stocks, slipped after rising during the previous trading session. The Nasdaq saw the worst of the selling in early trading, as investors continued to dump tech shares as they have all year, before reversing course.

April’s consumer price index showed an 8.3% jump, higher than the 8.1% increase expected by economists polled by Dow Jones. The price surge remained near the 40-year high pace of 8.5% seen in March. Core CPI, which does not include food and energy prices, gained 6.2% compared to expectations of 6%. On a monthly basis, headline CPI rose by 0.3% and core rose 0.6%.

“The pace of price increases moderated, but not as much as expected,” said Bankrate chief financial analyst Greg McBride. “Excluding a decline in energy prices – which appears outdated by this point – the increases remain widespread. With the annual rate ticking down from 8.5% to 8.3, it can be tempting to say we’ve seen the peak, but we’ve also been head-faked before as was the case last August.”

Rising prices have been front-of-mind, particularly as the Federal Reserve is hiking interest rates and trimming its balance sheet to address inflation.

Following the data release, the 10-year Treasury yield jumped back above the 3% mark.

Some analysts see the data as a sign that the Fed is behind the curve in curbing inflation, which could put pressure on the central bank to act more aggressively in tightening monetary policy.

“Risk assets are under pressure with equity futures red on the assumption this will compel the Fed to extend the 50 bp cadence beyond the June/July meetings already signaled,” said Ian Lyngen, BMO’s head of U.S. rates.

The initial negative market reaction to the inflation print was “totally understandable,” but as prices continue to rise, the U.S. is on the brink of a “cost of living crisis,” Allianz chief economic advisor Mohamed El-Erian told CNBC’s “Squawk on the Street.”

“It’s just a matter of time until we talk about a cost of living crisis and this is what it is,” he said. “Everybody is focusing on the headline number, that’s understandable but look at the core, 6.2%, and look at the composition of inflation that suggests there are many drivers now. This is no longer an issue about just the Ukraine war, this is a broad-based inflation process that the Fed has fallen behind in a major way.”

The S&P 500 stands about 17% off its high in a pullback this year largely driven by fears of out-of-control inflation causing the Federal Reserve to aggressively tighten monetary policy.

On the earnings front, shares of Coinbase slumped more than 20% after the crypto exchange posted its latest quarterly results. Investors are looking ahead to reports from Walt Disney, Rivian and Beyond Meat after the bell.

Wednesday’s moves come after the Dow fell for a fourth consecutive day Tuesday in a volatile trading session, alternating between gains and losses. The S&P 500 ticked up 0.25% and the Nasdaq Composite gained about 1%. 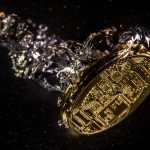 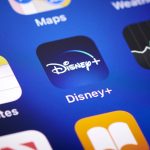